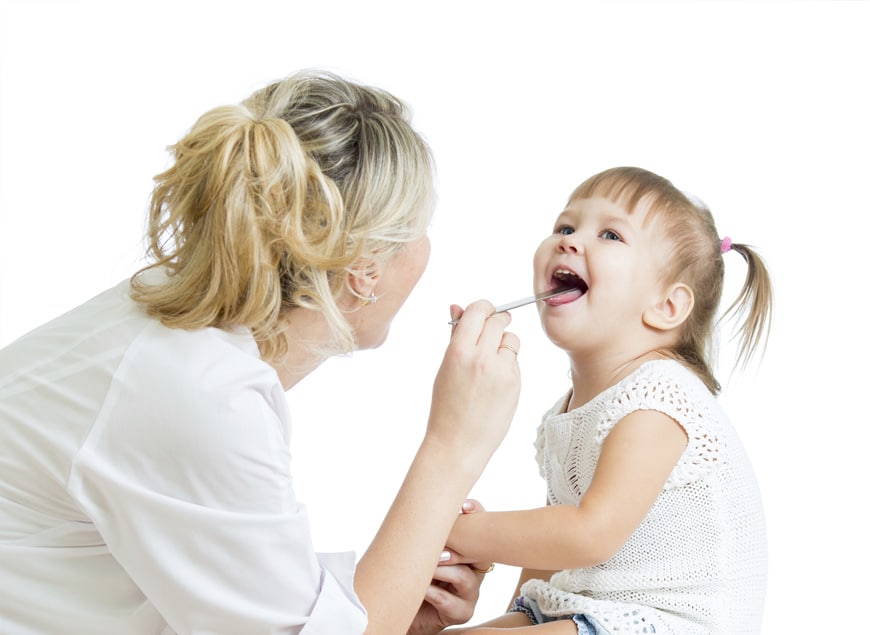 Why is it necessary to remove the tonsils and adenoids?

They will then flare up and cause tonsillitis very frequently. This means lots of antibiotics, time off school or nursery as well as problems with eating and bad breath.

The presence of excess bacteria and fungus in the tonsils and adenoids make them grow larger and larger until the child has difficulty breathing at night.

This condition is called sleep disordered breathing (snoring and sleep apnoea) can have a massive impact on the child’s learning, growing, concentration, memory and developmental milestones: not to mention personality change and bedwetting.

How are the tonsils and adenoids removed?

To remove the tonsils and adenoids Helen Caulfield uses Coblation plasma wands. These pen-like wands combine gentle radio frequency energy with a natural salt solution to dissolve tonsil and adenoid tissue. This is rather than removal by heating or burning which other surgeons use. This means there is no damage to the healthy tissue surrounding the tonsils or adenoids.

The conventional tonsillectomy devices burn tonsil tissue that can result in heavy bleeding and extensive pain for the patient. That is because these devices damage surrounding muscle and nerves when taking the tonsils and adenoids out.

Benefits of Coblation Over Traditional Surgery for Children

Instead of the prolonged recovery period (up to two weeks) common with other tonsillectomy methods, studies have shown that Coblation patients are back to their normal diet more quickly, in 2.4 days versus 7.6 days on average, reducing the risk of dehydration and rapid weight loss.
Coblation Tonsillotomy typically takes about 20 minutes to perform and has a lower incidence of postoperative complications versus older tonsillectomy procedures.

According to one published study, doctors received 59 percent fewer patient calls or visits for complications during days one through 14 post-surgery with Coblation Tonsillotomy versus tonsillectomy with electrocautery.

Adenoidectomy has traditionally been performed using a device called a curette followed by cautery to cut and burn tissue to control bleeding. In contrast, Coblation adenoidectomy provides the surgeon with a better field of vision, allowing for a more precise and controlled method of removing tissue.

Here’s the Ask the Expert feature, as promised.
It goes out on Friday to around 130 regional daily newspapers, and tends to be used in the few days after that.

Thanks for your help,

Q: “My six-year-old daughter stops breathing briefly when she’s asleep. My GP says it’s sleep apnoea caused by large tonsils and she’ll grow out of it – but doesn’t she need her tonsils out?”

A: Mrs Helen Caulfield, a consultant ENT surgeon at The Portland Hospital London, says: “Her sleep apnoea is because her tonsils are so big that they’re blocking her throat.

“It’s an anatomical problem, and by relieving the obstruction, you cure the problem.”

“If you’ve got sleep apnoea as a six-year-old, then you’ll need your tonsils and adenoids out – you’ll never grow out of it.”

“This is very common – I operate on about 400-500 children a year with it. I would say it’s one in five children that has it, or even more.”

“When parents get to me they often say they’ve been to the GP many times and keep being told it’s normal. They keep getting told their child will grow out of it, which is not correct.”

“If children are stopping breathing, that means they need their tonsils and adenoids out. It’s the tonsils that are sticking together, strangulating the child and stopping them breathing, and there’s massive sleep fragmentation which affects the child’s concentration and learning as well as behaviour.”

“They have to come out, but it’s a fantastic operation especially with COBLATION, with an 87% cure.”

“Before the operation takes place, there are ways of alleviating the child’s symptoms by treating any concurrent sinus and chest infections.”

“A lot of these children have two problems – one is the physical side of their tonsils and adenoids, and the other is that they’ve got a mucky nose a lot of the time and a tendency to cough.”

“You can use medicines to clear that up and it improves the sleep apnoea by about 40%, and the operation does the rest.” 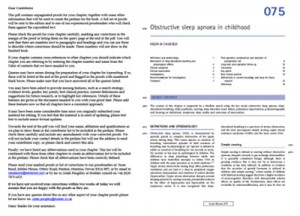