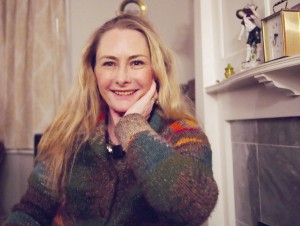 Helen Caulfield (Nee Myatt) graduated from University College Hospital School of Medicine, London, UK in 1987. She showed an early commitment to pursuing a surgical career, obtaining a highly prestigious professorial unit House Officer’s job as her first post at UCLH. She completed training in Neurosurgery at Kings College, London and General Surgery at Charing Cross Hospital, London. Subsequently she developed a broad-based ENT training rotating through St. Bartholomew’s Hospital and the North Thames Sector Hospitals, including the prestigious Royal National Throat Nose and Ear Hospital in London and the Radcliffe Infirmary in Oxford.

She pursued further training as a Specialist Paediatric ENT Surgeon, by spending two years in Sydney Australia, under the guidance of Bruce Benjamin, a world famous Paediatric Laryngologist. She was a Fellow at the Westmead Children’s Hospital in Sydney during this period. On her return to London in 1999 she took a post up at Great Ormond Street Hospital, and remained there for a 12 month period, prior to obtaining her Consultant’s post. 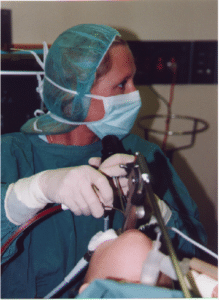 In 2012 she moved to UCLH and now runs a Neonatal Tongue-Tie service targeted at mothers struggling to breast feed babies with a tight lingual frenulum. This service is unique to the whole North London sector.

Her areas of expertise include all aspects of ear, nose and throat problems in children. She has specialised training in Allergy, and she uses this to her benefit to treat children with recurrent upper and lower respiratory tract infection, which is often allergy-based.

She is a specialist in Paediatric Obstructive Sleep Apnoea and has written book chapters for Scott Brown’s Otolaryngology and other ENT text books on this subject, as well as having many publication in National and International Journals. She is a member of the British association of Paediatric ENT surgeons.

She understands the anxieties that an ill child can cause parents, and has a very empathic and gentle approach towards children. She understands the importance of making a visit to the doctor a good experience for a child and their parents, so as to reduce psychologically upset. She is much loved and respected by all her patients and can be relied upon to give an honest, sensible and practical approach to a child’s health.